Moira Buffini, playwright, on the set of her new play "Manor" being staged at the National Theatre, London. Moira Buffini is an English dramatist, director, and actor. For Jordan, co-written with Anna Reynolds in 1992, she won a Time Out Award for her performance and Writers' Guild Award for Best Fringe play. Her 1997 play Gabriel was performed at Soho theatre, winning the LWT Plays on Stage award and the Meyer-Whitworth Award. Her 1999 play Silence earned Buffini the Susan Smith Blackburn Prize for best English-language play by a woman. Loveplay followed at the RSC in 2001, then Dinner at the National Theatre in 2003 which transferred to the West End and was nominated for an Olivier Award for Best Comedy.

She took part in the Bush Theatre's 2011 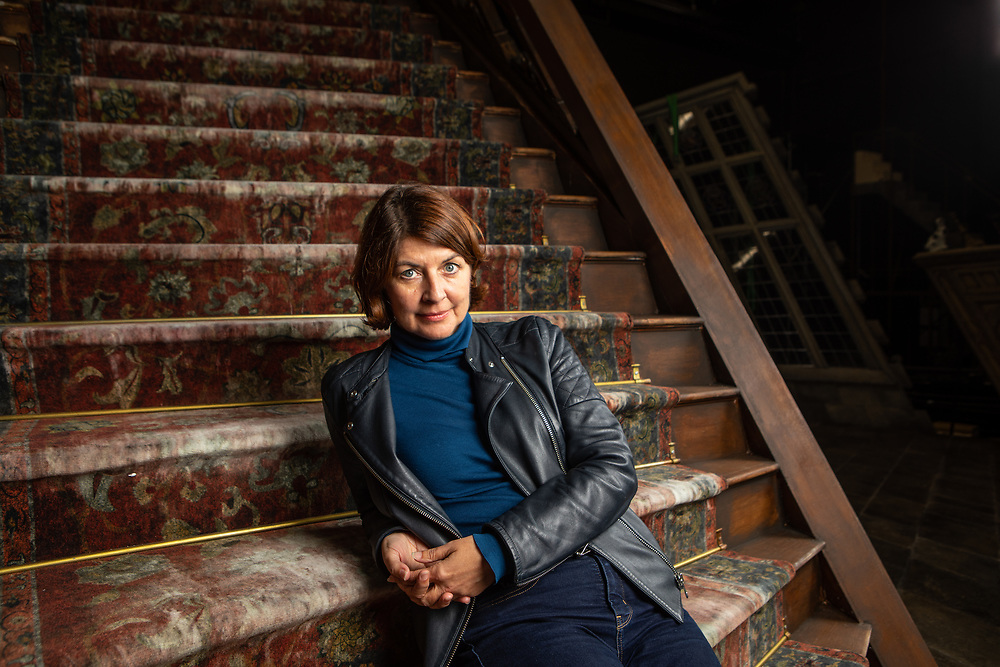