Old Photograph of Sue Rockford with her son, alongside (right) is Mica Nava with her son, at the women's Liberation Conference in Ruskin College, Oxfird. 1970. Sue Crockford photographed at her home in North London . Sue Crockford was a member of the first Tufnell Park Women’s Liberation group, set up in 1968. She was also co-organiser of a radical film collective, Angry Arts, which made a unique record of the 1970 Women’s Liberation Conference in the film A Woman’s Place. The first four WLM demands that you can read about in the introduction to this section emerged out of the 1970 conference, and were passed the following year in Skegness. 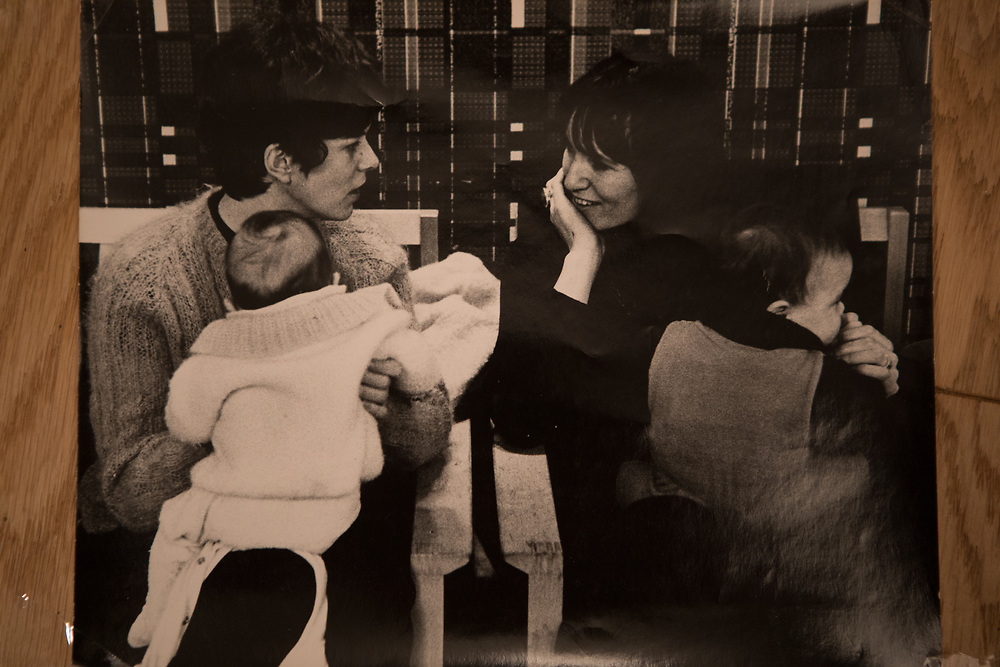